One of the most outstanding functions that Apple launched in the presentation of the new iPhone 14 will not arrive in Spain, at least not for now. In this post we tell you everything you need to know about this news and which are the countries that will be able to enjoy this outstanding functionality and that, beware, can be very useful in some cases. Keep reading that we tell you everything.

The SOS Emergency by satellite reaches Europe but not Spain

As we said earlier, one of the great functions announced by Apple along with the iPhone 14, 14 Plus, 14 Pro and 14 Pro Max is the satellite SOS emergencysomething that is really not very useful on a day-to-day basis, but which, if necessary, can even save your life, or at least prevent you from suffering a hard time.

Undoubtedly, this is a great advance by Apple, however, not all users of these new devices will have the opportunity to use it if necessary. Initially, those of Cupertino could only launch this function in USAHowever, it seems that the expansion has already begun and, as announced by Apple, users of any iPhone 14 model who live in UK, France, Germany or Ireland They will now be able to make use of it, but not so those of Spain, which once again is left out of a “launch”.

The reality is that the time that users of the peninsula will have to wait to be able to have this function is unknown, which, as we have already mentioned, is not to be used on a daily basis, but it does provide that peace of mind in case of that at any time you need to use to get out of a good trouble.

How does Emergency SOS via satellite work?

This function consists of giving users the possibility of being able to text emergency services when iPhone has no coverage or internet connection through the Wi-Fi network. Plus, it even lets you share your location with other people through the Find My app. That is to say, it gives you extra security for those moments in which until now, due to the lack of coverage and internet connection, you did not have it. 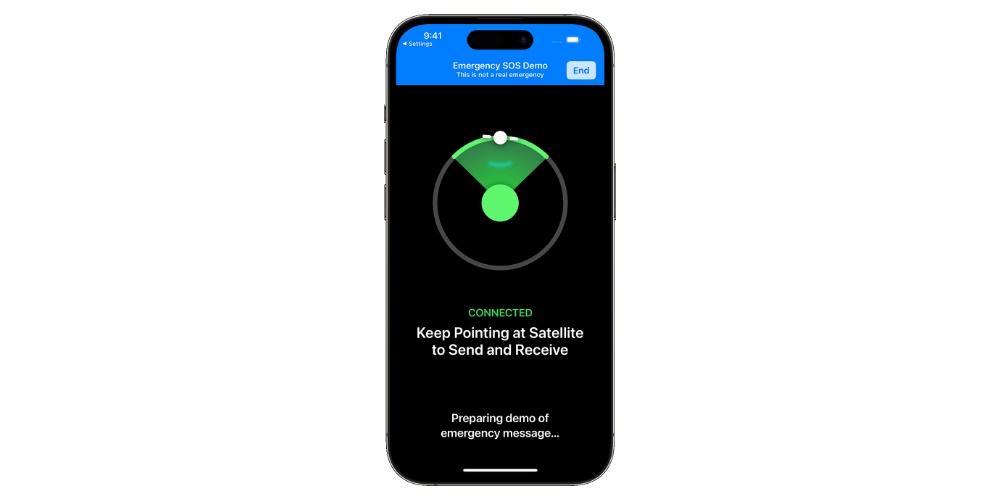 When using it you have to take into account several aspects that are important to know. The first thing you have to know is that the way to send a message via satellite is not the same as the usual way to do it through the mobile network. And it is that with ideal conditions in which you have a direct view of the sky and the horizon, and you are in an open place, the message can take up to 15 seconds to send, reaching 1 minute or more if you are inside a forest dense and surrounded by obstructions. Finally, you have to take into account that this service will be free for the first two years, after which it is unknown how Apple will act so that users can continue using this service, if they need it.