Yesterday, the Cupertino company launched through different press releases, new models of iPad, iPad Pro and an Apple TV. However, the great role of the afternoon was taken by the 10th generation iPad, which has certainly undergone a very interesting renovation. Now, there is a point where Apple has messed it up very much, we will tell you about it in this post.

The first-generation Apple Pencil lives on

One of the great news that was rumored for the new tenth generation iPad and that, in addition, all the potential buyers of this equipment expected was the compatibility with the 2nd generation Apple Pencilsince it was and is now also the only iPad model that is still compatible with the 1st generation.

Surely many users may think that it really does not matter if the iPad is compatible with one model or another of Apple Pencil, but the reality is that it is not, and beware, apart from whether it is more comfortable to use one or the other, since in that appearance comes into play the taste of each user, the truth is that the 2nd generation Apple Pencil, when you do not use it it is much more practical than the first, for the simple fact that it has a magnetic part that allows you to stick it to the side of the iPad to charge it and, above all, to store it and always keep it next to the device.

Therefore, Apple has lost a fantastic opportunity to be able to give users that advantage and that comfort, especially considering that the design of this 10th generation iPad has indeed changed and is equal to that of the rest of the models, with a All-screen front and square sides, where, as we say, the 2nd generation Apple Pencil could go.

The curious way to charge the Apple Pencil

Unfortunately, the fact that the Apple Pencil that is compatible with this iPad is the first generation not only affects the comfort of being able to store it, but also the way in which you are going to have to charge it, since one of the novelties of This iPad model is that it has USB-Cwhile the port that has the 1st generation Apple Pencil is Lightningthat is to say, that from the outset you will not be able to plug the Apple Pencil into the iPad either as was the case until now.

To solve this problem, what Apple has done is to provide a adapter that goes from Lightning to USB-C, so now users of this iPad model who want to use the Apple Pencil will always have to carry the happy adapter with them to be able to charge it and give it the necessary autonomy. A solution that, of course, will generate a lot of controversy, naturally. 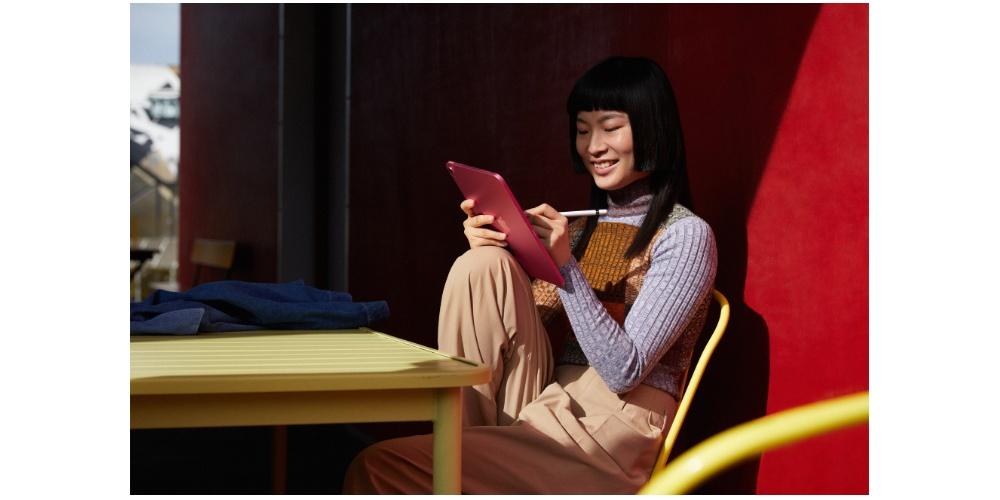 And it is that, surely the reason why the Cupertino company has not wanted to make the 2nd generation Apple Pencil compatible with this iPad is for not bringing it closer to the iPad Air and in some way be able to differentiate themsince with the change in design that this 10th generation iPad has undergone, it will surely eat up a large part of the market that bought the iPad Air solely for its design.