One of the latest products that the Cupertino company has launched on the market are the second generation AirPods Pro, and that is that, after 3 years since the launch of the first version, it was time for them to be renewed. Well, in this post we are going to tell you both the good and the bad about these headphones, so that, before buying them, you can know all their details.

The positive of the AirPods Pro 2

The reality is that we cannot say that the second generation AirPods Pro are bad headphones or that they have not met the expectations of this new version, since of course, Apple has done a great jobimproving the points that, of course, already stood out in the first version.

The Noise CancellationAccording to the company, it is up to twice as good, something that is difficult to measure, but in practice, of course, it is noticeable that it is superior to that of its predecessors. The same goes for the ambient modewhich has also improved and is now called “adaptive ambient mode”, since it is capable of attenuating the loud sounds that may be around you so that they do not bother the user.

Now, where they have improved a lot is in the sound qualitythanks to advances in its hardware and the presence of the h2 chip, these second-generation AirPods Pro sound scandalous, and it is something that is certainly appreciated because it allows you to enjoy your favorite songs to the fullest. Also, they obviously still support spatial audio and lossless audio from Apple Music. 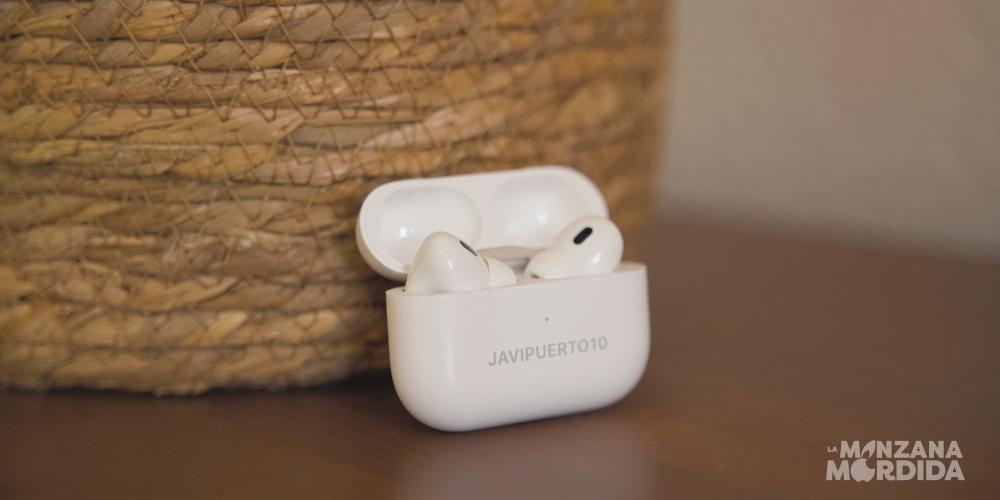 Lastly, it should also be mentioned that Battery has increased to 6 hours, thus equating to the AirPods 3, reaching up to 30 hours thanks to the charges provided by the case, which has also undergone an improvement in the form of speakers to be able to search for them and find them more easily through the Find app.

The negative of the AirPods Pro 2

Naturally, despite the fact that, as we have mentioned, these AirPods Pro 2 can be considered one of the best headphones you can buy, they also have points where the improvement has not occurred and, of course, they squeak in a pair of headphones. practically 300 euros.

The point we talked about is the microphoneAnd it is that, despite the fact that according to the Cupertino company, these have an improvement, the reality is that when it comes to putting them into practice, they continue to offer the same poor sound quality as before. It is true that in controlled situations such as at home or an office, you will not have problems when sending an audio message or making a call, in fact you will be able to use them perfectly for your video calls, yes, without expecting great quality Sound. However, the worst comes when you leave the house and around you there is noise or the wind blows a little, since in these situations the quality drops a lot and of course it is almost an ordeal that the other person can hear you clearly.