Once you are clear about the technical specifications of both models of headphones and you know which are the points that, from our point of view, are most relevant when buying these two products, it is time to get into the differences that the separate, since it will be what makes the difference between acquiring one or the other.

In terms of design, despite both correspond to the same type of earbudthe reality is that there is a big difference because the Beats Fit Pro have a bump that allows users to adjust them much more to their ear, so that they are much more anchored. Aesthetically it is somewhat strange, but functionally it is something that will come in handy for many users who will go out with these headphones to play sports and prefer that their headphones have this extra security 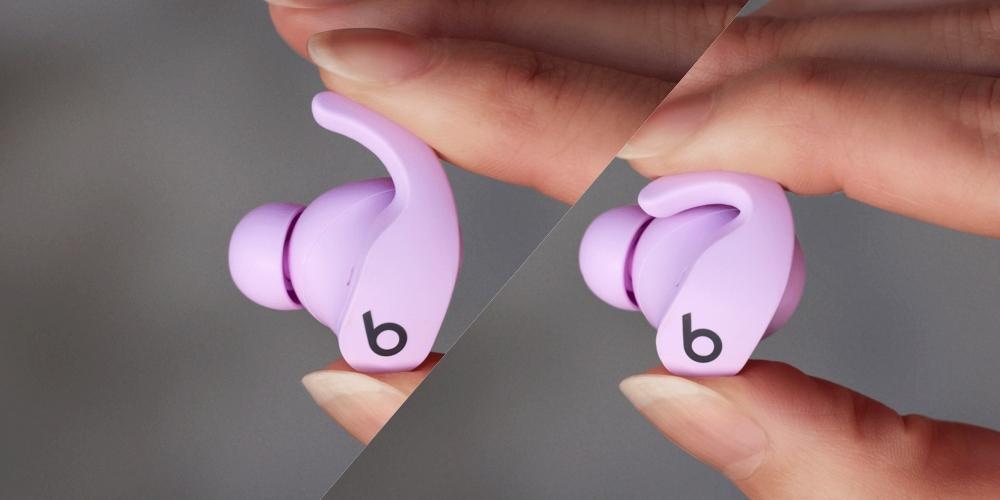 On the other hand, the Beats Studio Buds feature the typical earbud design. Both have the Beats logo visible and have an interchangeable ear pad, as they come in up to three different sizes, giving users the ability to choose the one that best suits their ears. In addition, the two are available in different colors. We leave them below:

This section is quite curious, since both devices offer, in total, up to 24 autonomy with all the loads that its case provides. However, there is a substantial difference when using them on a single charge, which can make the difference when choosing the Beats Fit Pro or the Beats Studio Buds.

The Beats Fit Pro reach up to 6 hours uninterrupted audio playback, while the Studio Buds stay in the 4 hours in a row. Obviously, for normal use of the headphones, with both you will have enough autonomy, however, if you are going to spend long hours at work listening to music or any other type of audio, you surely have to take into account the autonomy offered by the Beats Fit Pro , in the same way that if you want these headphones to carry out long sports tests. 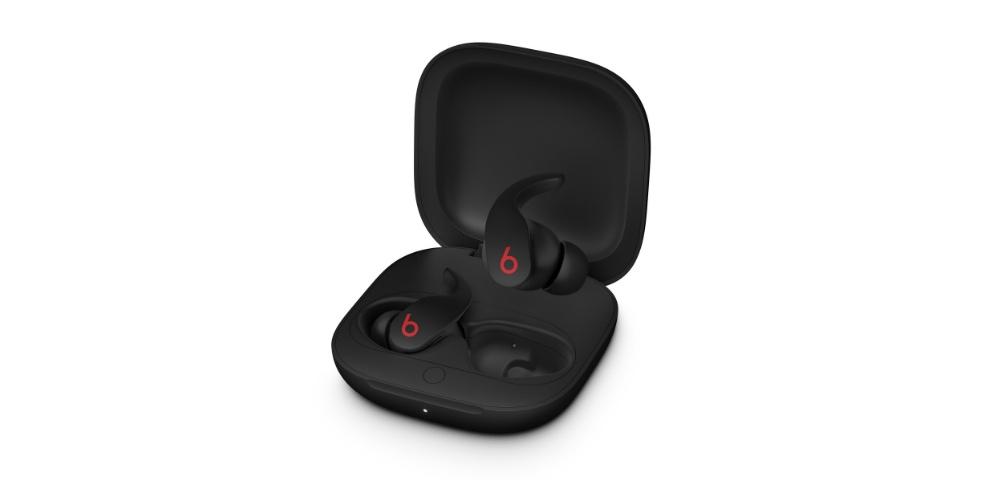 Obviously, as you might expect, both earphones come with a casewhere not only can you store them to keep them in good condition, but the moment you store them in the case they will start charging. Neither of them has wireless charging in the case, so you will have to connect them through the USB-C port that they have on their surface.

This is a point that may initially seem secondary, however, it is something that It affects a lot when it comes to getting a more complete experience with headphones, especially in the case where you have a formed Apple ecosystem. But hey, we’ll talk about it later, since first of all what you have to know is that both models, both the Beats Fit Pro and the Beats Studio Buds are fully compatible with Apple devices as well as devices from other manufacturersso you can use them without any problem with any equipment. 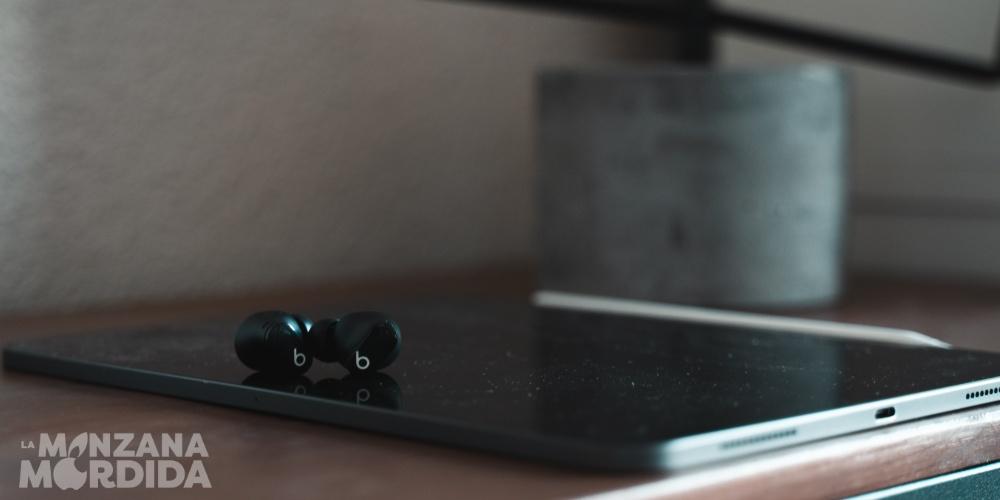 Now, as we said, if you have a apple ecosystem made up of several devices, you have to keep in mind that the Beats Fit Pro have the H1 chip that means you don’t have to touch anything at all to change the sound source, that is, if you’re listening to music on your iPhone, you stop it and play something on your Mac, the sound on your Mac will play through your headphones. This, for example, is something that the Beats Studio Buds do not have, and although it may seem like a minor aspect, it is something that is noticeable on a day-to-day basis.

Obviously not all the points of this comparison are going to be differences between these two headphones, since there are also several aspects in which they are quite similar, and curiously, they are two on which we must always pay a lot of attention considering that, in the end, And after all, we are talking about headphones that will mainly provide users with the possibility of listening to music or any type of audio content.

When talking about headphones, as we mentioned before, one of the most outstanding and important points to be able to assess if it really is a good product is the sound quality. Well, at this point they are practically traced, not to say that they offer exactly the same thing, making it possible for users who are lucky enough to use them to enjoy really good sound quality. 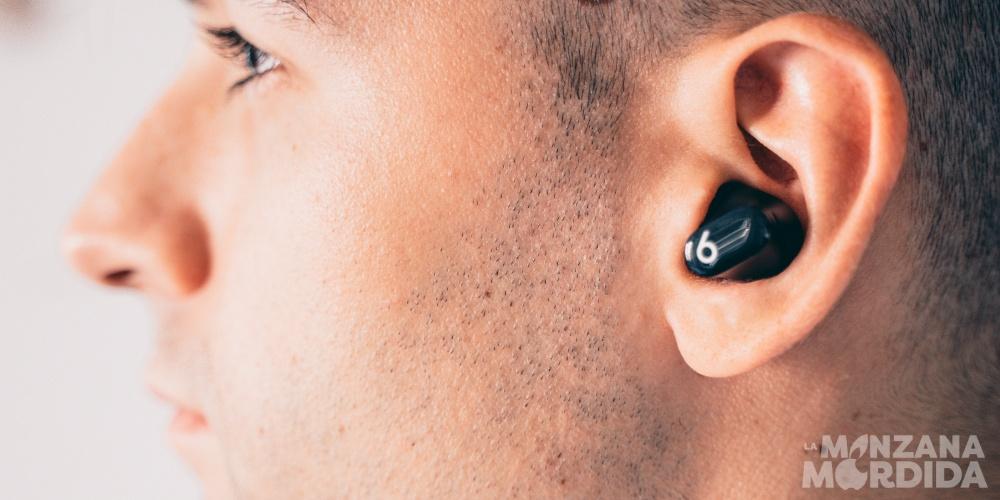 Despite not being AirPods, they are two headphones that have been thought, designed and manufactured by Apple, and this causes them to have a series of characteristics that you have to keep in mind in terms of sound quality. Both have compatibility with the spatial audioand also with lossless sound that offers the music service of the Cupertino company, that is, Apple Music. It is something that only users who contract this service can enjoy, since it is not available with the rest.

Over time and together with the arrival of more and more noise-canceling headphones, this feature has become extremely important for the vast majority of users, even reaching the same importance as the sound quality they offer. well then again in noise cancellation you have to give both devices a remarkable highThey offer a really good experience. Of course, they do not reach the level that they can offer, for example, the AirPods Pro, but they are quite close to them. 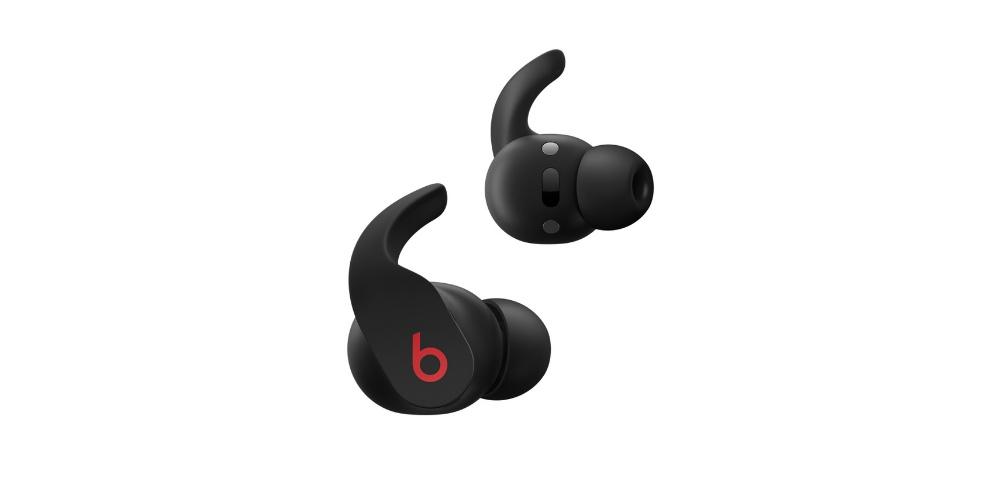 In addition, not only do they have noise cancellation that is really useful for certain moments, but they also have the ambient mode, which allow you to be able to hear everything that happens around you with total clarity without having to remove your headphones. What this function does is collect the sound from outside and insert it into your ear, so if you have to start a conversation with someone while wearing them, you won’t have to remove the headphones.

We come to the final point of the comparison, and perhaps one of the most important or at least one of the ones that most marks the user’s decision to buy one device or another, and that is the price. The truth is that, despite being two fairly similar headphones in many aspects, here you will find differences between one and the other, so you will have to be very clear about what exactly you are looking for to make the best possible decision. . 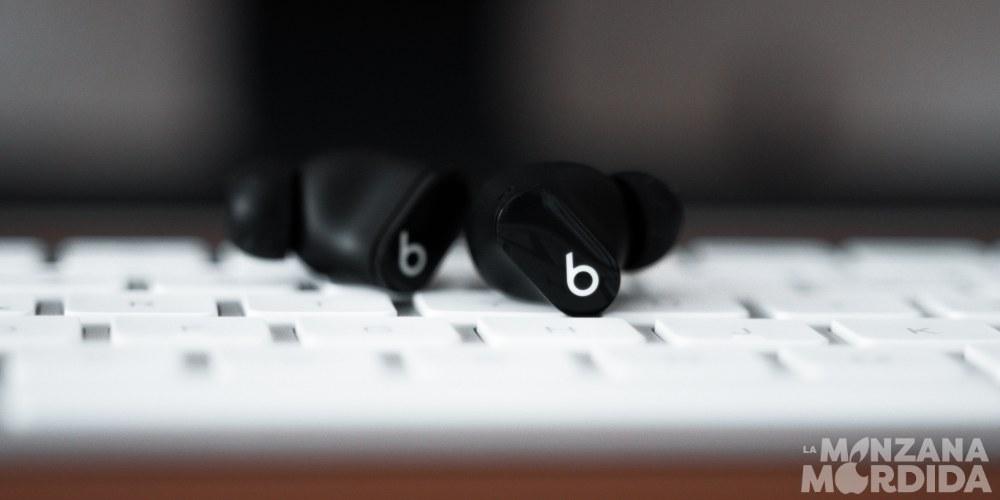 On one hand, you have the Beats Fit Pro with a price of 229.95 eurosa figure that is quite close to what you have to pay in the Apple Store to also be able to buy AirPods Pro. On the other hand, the Beats Studio Buds are considerably cheaper, priced at €149.95. Therefore, given this difference, you will have to assess yourself which one will be able to better satisfy your needs.

Whenever we carry out a comparison of this type, from the writing team of La Manzana Mordida we like to finish by telling you which one is for us, the best possible choice, in this case between the Beats Fit Pro and the Beats Studio Buds. The reality is that, whatever you buy, you will surely have a really satisfactory user experience, however, the price you have to pay for each one of them makes you have to think very carefully about the decision. 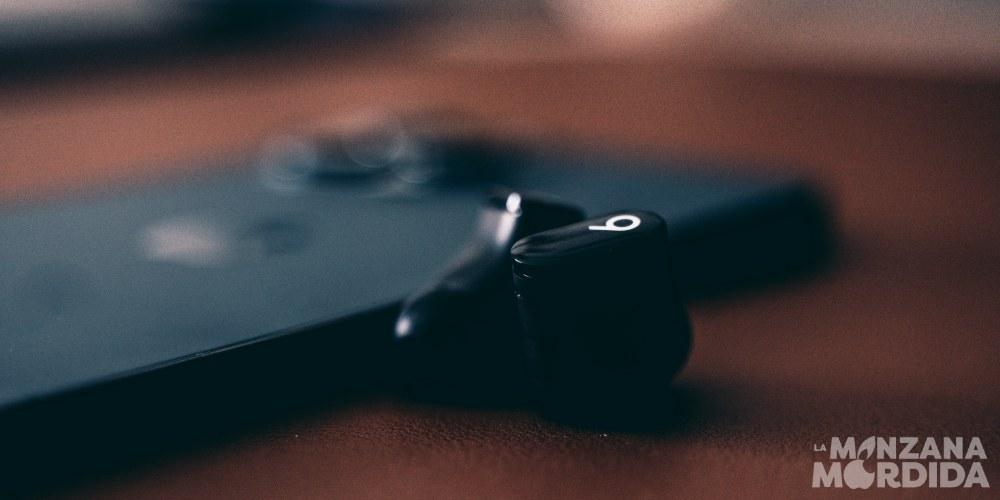 Counting the difference between both earphones, the BeatsFitPro They are ideal for those users who want to use them during long days of sports, since in addition to having a longer battery life, they will also have them somewhat more secure and secure in their ears thanks to the protuberance they present. On the other hand, for the rest of the users, which will be the majority, there is no color, the best option is, without a doubt, the Beats Studio Budssince its quality / price ratio is really good.