The new iPad Pro It is a continuation of the previous model, that is, an iPad designed for professionals that included the M1 chip. Apple has kept this line of Apple Silicon processors, but upgrading it to the new version with the M2 chip. This new chip has an 8-core CPU (4 performance and 4 efficiency), 10-core GPU and 16-core Neural Engine. However, the ability to ram memory varies Depending on the model you select, because the 128,256 and 512 models only have 8GB of RAM, while the 1TB and 2TB models can have 16GB of RAM.

Another of its great novelties is the screen, where this new processor includes a Liquidative Retina XDR Display, the largest and brightest screen in the entire iPad series. This new panel represents a leap in detail with a contrast of 1,000,000:1. This quantitative and qualitative screen jump becomes more apparent when you are editing HDR photos and videos. Along with this, the full screen 1,000 bits and a peak brightness of 1,6000 bits are included, as well as the P3 color gamut. As in previous generations, True Tone or ProMotion technologies are included along with the possibility of being able to calibrate colors with great precision. With regarding the price, the 12.9-inch iPad Pro starts at 1,449 euros in its most basic version. Remember that in this version

What about the 11-inch iPad Pro?

Regarding the 11-inch iPad Pro, it also includes Apple’s new M2 chip, and the same features regarding specifications at all levels. However, on your screen if you see a lower quality compared to the 12.9-inch version, since it includes the maximum brightness of 600 nits but does not offer maximum XDR brightness of 1,000 bits at full screen and peak of 1,600 nits when we use the HDR.

The two main accessories of the iPad Pro regardless of the version are the Second generation Apple Pencilwhich has not undergone changes in this renewal as well as the Magic Keyboard, which is available at 329 euros and is available in two colors: black and white. This new keyboard is designed to be enhanced with the new operating system designed for iPad, that is, iPadOS 16 and which will be released this fall. Among its features, the integrated Trackpad and backlit keys with a scissor mechanism and 1 mm of travel that allow typing with total precision and zero noise stand out. 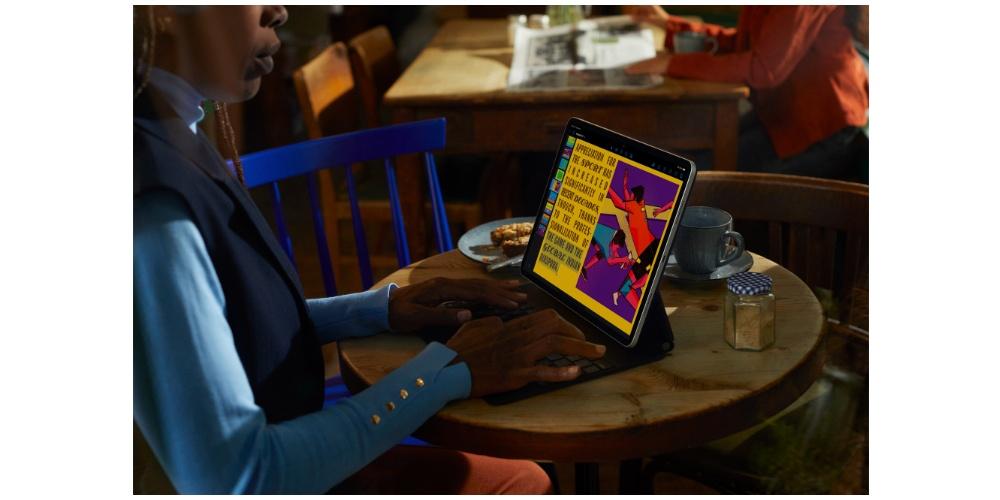 The iPad Pro 11-inch pricepart of €1049, in its most basic version, that is, 128 GB, M2 Chip and 8 GB of RAM. Along with this, you have to include accessories such as the Apple Pencil and the second generation iPad. The reservation period for two new versions of iPad Pro is already available, and the first to do so will be able to enjoy them from next Wednesday, October 26.