Gamesir’s design is very reminiscent of the Nintendo Switch, where it includes a transport kit and covers for the joysticks in case you want to change their texture and protect them.

This accessory has a design very light, weighing 170 grams and when you open it and see it for the first time it comes with a kit to protect the console. The console brings the classic buttons of any portable console such as the buttons that we press with the index, the scroll buttons, two joysticks, and other extra buttons that can be used depending on the game.

Regarding your Connection, one of the peculiarities that the Lighting connection uses to connect to your iPhone, so the latency that connections via Bluetooth suffers does not occur. Despite the improvement that is taking place in recent years, it still does not reach the same level as physical connections. 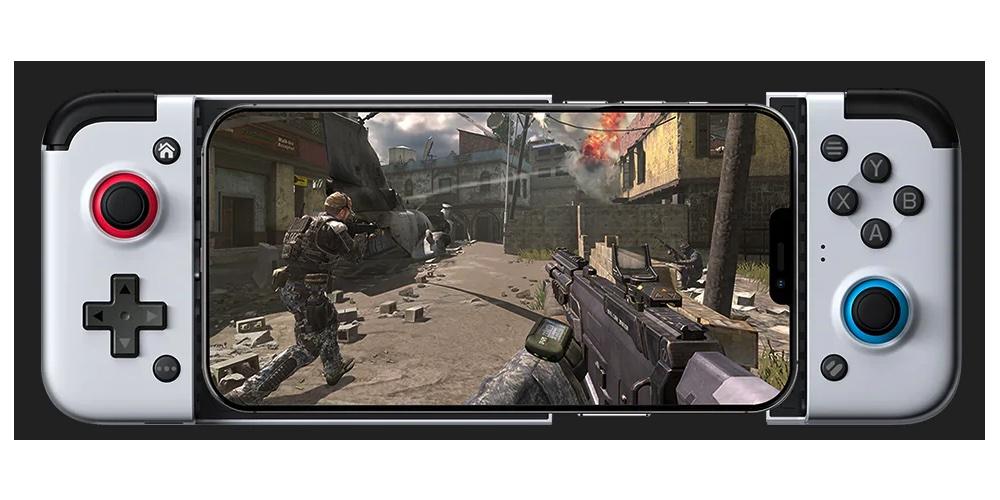 Layout and compatibility with the iPhone

For place your iPhone into this accessory, you have to take the iPhone and with the front of the iPhone push until the device can be connected to the Lighting connector. When connected, it changes color from blinking blue to green indicating that you can use the iPhone and gadget properly.

The model that we refer to in this post works with any iPhone that has iOS 13 support onwards, regardless of size because it is adjustable to the size of your iPhone even with a case. It is important to note that the lighter the iPhone you play with, the more comfortable it will be to play and the more enjoyable your game will be. 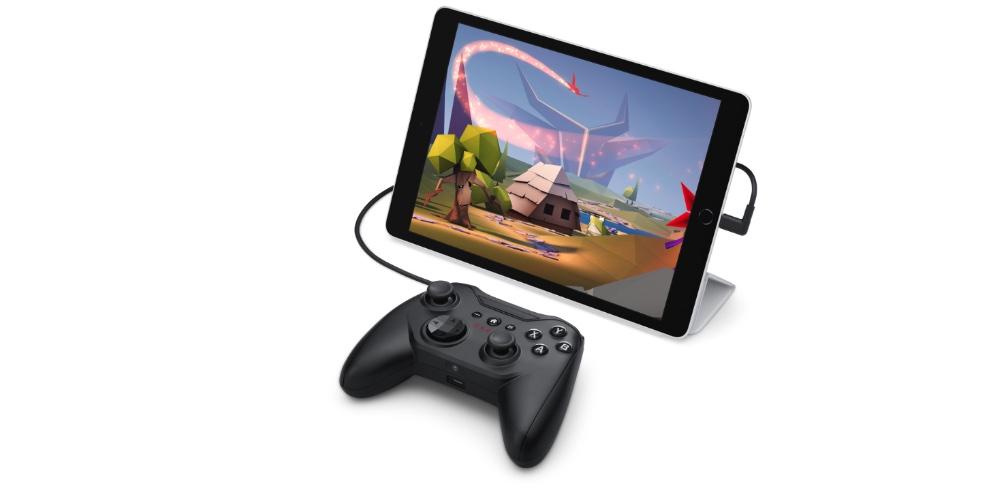 The second accessory that we present is the control rotor riot, which is a classic controller reminiscent of the Xbox and also has a Lighting port, making it ideal for iPhone, providing lower latency. This controller is powered by the iOS device, it does not need a battery, and you can enjoy with your iPhone, iPad as in a console.

Rotor Riot controller hardly consume power to your iOS device. Plus, it has a Lightning port so you can charge your device while you play. In addition, like all joysticks, it has the start and options buttons, to improve the experience when you play video games on your iOS device. Along with the controller, there is also a Pero Gravity device mount that you can use with your iPhone. However, if you want to use it for iPad gaming, you can remove this stand and place the iPad on a table or anywhere.

With both sides you can play any content available on iOS or iPaOS, be it PlayStation Remote Play And now, with Apple Arcade, you can enjoy a ton of titles wherever and however you want. The low battery consumption and the possibility of being able to use it with iPhone and iPad is a clear example of why Apple sells this device on its official website, because it satisfies many needs of its users. 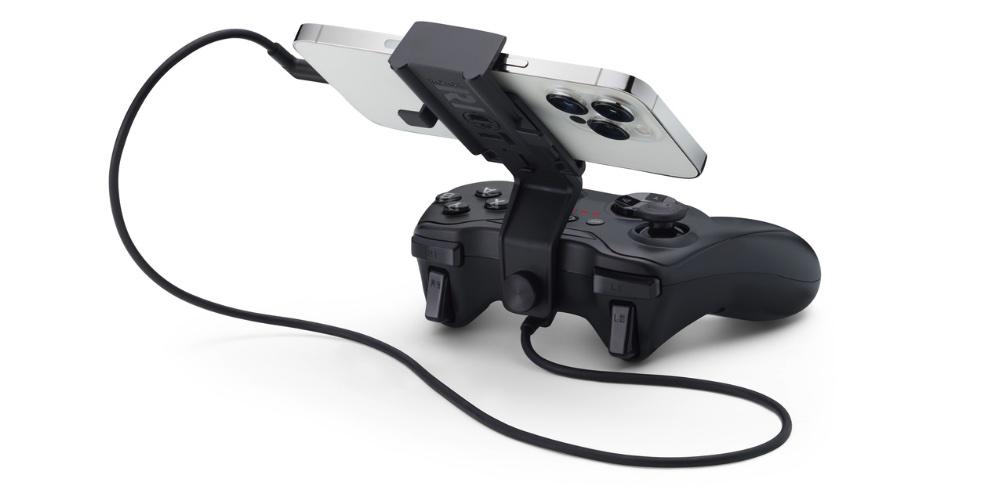 It depends on the opinion and criteria of each of the users. From the editorial team of La Manzana Mordida we opted for Gamesir, as it occupies less space on the device, and the feel of gameplay and user experience is better than with the Riot rotor.