Tesla is a company that has many similarities with Apple since in its sector it is one of the ones that does things really differently from the rest. Well, it seems that the electric car company also wants to have its share of the cake and enter the world of technology, and it has done so by “copying” one of Apple’s products, well, actually one of the ideas of the Cupertino company.

If we look back and remember one of the most bitter chapters for Apple in recent years, surely the first that comes to mind is the mistake that the company made with the famous and much-mentioned AirPower. It was a charging base that was designed to charge three devices at the same time but that Apple was finally unable to launch because its operation did not meet the quality standards established by the company.

The reality is that it sounds strange how a company of the caliber of Apple has not been able to carry out a simple charging base, right? somewhat smarter than usual. The idea that Apple had is that the AirPower would be able to detect the different Apple devices and based on this, it would emit a different charging power for each one. This Apple was not able to achieve, and had to publicly announce the end of the development of this product.

Tesla achieves what Apple was not able to do

As we said before, it seems that Tesla also wants to enter the world of technology, and for this it has decided to launch its own AirPower, in fact it was yesterday when the company announced this product, which initially has a price of 300 dollars, being able to to charge, as was the case with the Apple charging base, 3 devices at the same time.

The design is really attractive and minimalist, in fact, as reported by Tesla, it is completely inspired by the angular and metallic design of one of Tesla’s cars, the popular and much-criticized Cybertruck. As we said, up to 3 different devices can be placed on it that will receive a charging power of up to 15 W. 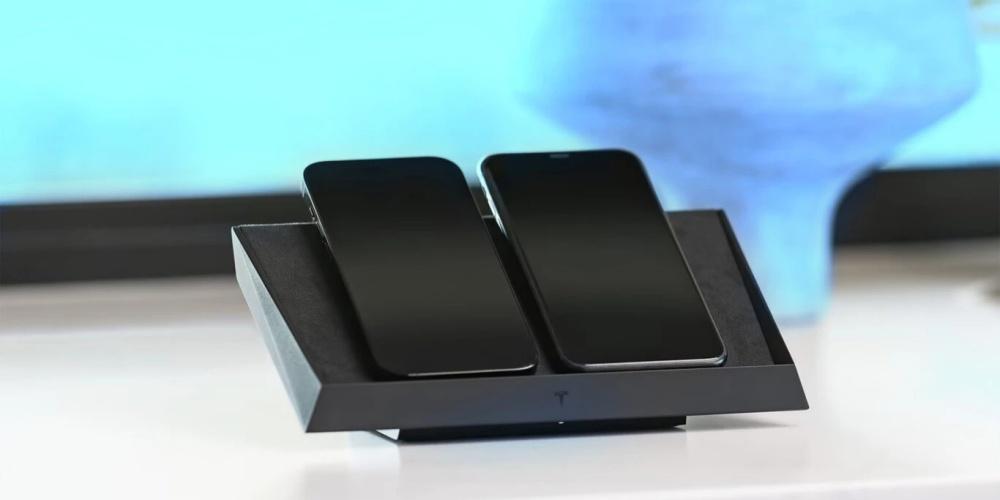 It is built in various materials, an aluminum casing, a surface made of top quality Alcantara leather and a magnetic support that is also removable to allow the charger to be placed flat or inclined. Without a doubt, it looks really good, so we will have to wait for those who are lucky enough to try it initially, to tell if it really works as well as Apple would have wanted its already forgotten AirPower to work, although with a small Unlike, this Tesla charging base is not capable of charging the Apple Watch, something that Apple’s AirPower did have as a priority objective.