When it comes to looking at the best options in the wireless headphone market, both Apple and Sony are always in the lead, well, if you were thinking of buying headband headphones but the price of the AirPods Max seems too much elevated, its great competition, the Sony WH1000XM5 has a really incredible discount on Amazon. Keep reading that we tell you everything.

The launch of the AirPods Max was really controversialbut beware, not because of the features or specifications of these headphones, but because of the price at which they were released. Apple sells these headphones for 629 euros, which means increasing the price quite a bit with respect to the competition, without going into assessing whether it is really justified or not. Well, Sony did something similar with its new Sony WH1000XM5, although without reaching such a figure.

Initially these headphones they came out with a price of 450 euros, a fairly considerable increase over the previous generation, which started just for 350 euros. Obviously, these have different improvements and a notable change in design that is quite close to what Apple did with the AirPods Max, although what really matters is its noise cancellation and sound quality, which we will talk about shortly. However, despite this price increase, right now you have a good opportunity to acquire these new Sony headphones for almost 100 euros less, specifically They have a discount of 80 euroswhich is a considerable reduction considering the initial launch price of these devices.

Are they better than AirPods Max?

When the Sony WH1000XM5 came on the market, this was one of the big questions that many users asked themselves, since the previous generation, The Sony WH1000XM4 were already headphones that clearly competed with the AirPods Max. Well, the reality is that these Sony WH1000XM5 change much more on the outside than on the inside, that is, the change in design has not really meant a revolution in terms of performance, and the reality is that it does not need it either. 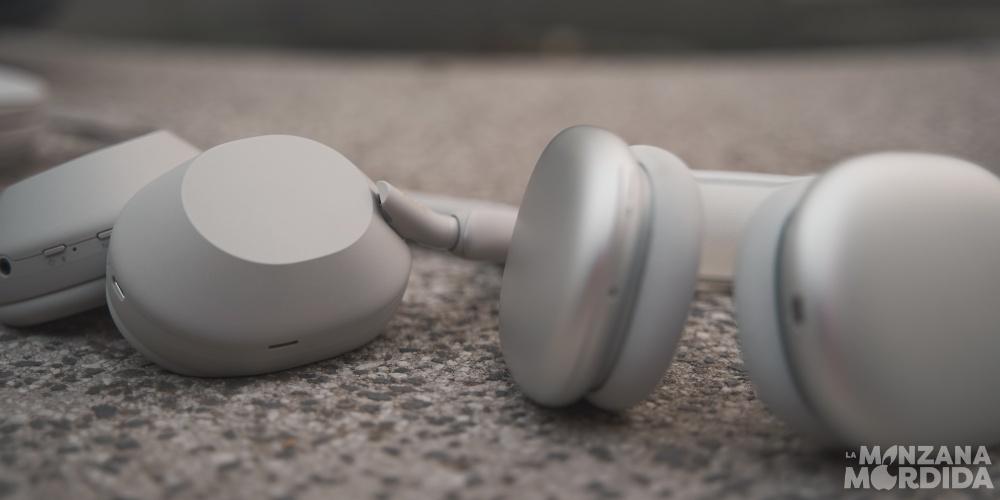 So, We cannot say that the Sony WH1000XM5 are better than the AirPods Max, nor that the AirPods Max are better than the Sony WH1000XM5., since both are capable of performing like a charm in the two most important aspects of a headset, which are noise cancellation and sound quality. Of course, you have differential aspects that for many users will be key when choosing one or the other. One of them is the presence of an equalizer in the Sony, since with it each user can customize the way they listen to music. On the other hand, the great synchronization and connection that AirPods Max have with the entire Apple ecosystem is not achieved by Sony. Ultimately, it is about two high-quality headphones making you buy the one you buy, you get a great user experience.

This article contains links to Amazon that are part of our agreement with their Associates Program. In any case, all the recommendations and offers that we publish are made freely and without responding to any request or agreement with the brand of the product in question, unless expressly indicated in the news.