The WWDC is the event in which all eyes are on the software, however, in each edition there is always that hope that the Cupertino company can present a product and thus surprise all viewers. Well, it seems that at this developer conference in 2022 this could become a reality. Keep reading that we tell you everything.

Rumors about the launch of the MacBook Air

The news about the MacBook Air does not stop sticking its head out, and without a doubt this one that we have recently known is more than surprising. According to renowned analyst Mark GurmanIt seems that Apple’s plans are to leave us all open-mouthed at the developer conference that will take place on June 6.

The MacBook Air could be the star of this WWDC To the surprise of the vast majority, since, in theory, the great attraction of this type of event is always the operating systems of the different Apple devices and the advances at the software level that the Cupertino company has been able to make. However, this will not be the first time that Apple has launched a new product at a WWDC, and it makes all the sense in the world that, if announcing some hardware, it would be a device that is also very focused on developersas is a Mac.

According to Mark Gurman, who already predicted that the Cupertino company was going to carry out a major renovation of computers in 2022, after the first run carried out in these first months of the year, his information says that the second could come in the summer or at the beginning of the second. half of the year. This is perfectly consistent with the possibility of the MacBook Air arriving at this WWDC, something that, without a doubt, great expectation to everything that Apple will present us in a few months. In addition, other models that, according to this analyst, will be renewed before the end of the year are the macminian 24-inch iMac and, also, a renewal of the input range on the MacBook Pro to replace the current 13-inch.

What do we expect from the new MacBook Air?

The presentation of the renewed MacBook Air has many expectant users, since there are many unknowns on the table. The first, and surely the main one for the vast majority of the public, has to do with the design and the change that this Apple laptop is going to undergo. Everything indicates that in addition to a change in designthis will be accompanied by a range of really striking colors, continuing the line that has currently marked the 24-inch iMac with M1 chip. 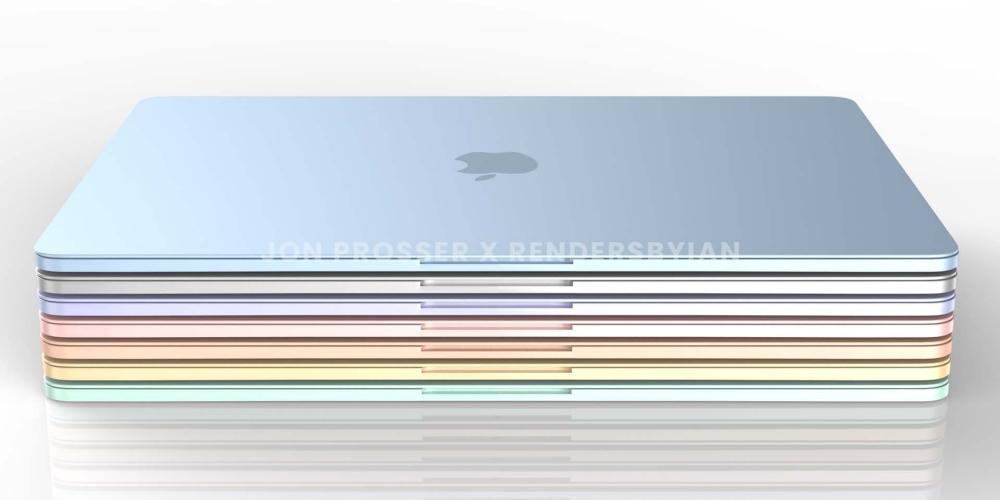 If we talk about chips, another of the great doubts that exist around this hypothetical team is the processor that will take. The question that many ask is, will the MacBook Air be the first Apple computer to carry the chip? M2? This is something that at the moment seems to be gaining strength, since it would be very strange for Apple to launch a completely new computer with a processor that was already mounted on its previous generation. However, at the moment these are just rumours, so time will have to pass until next June 6, Apple clears up our doubts at that WWDC.