There are barely a few hours left to find out what Apple is going to present in its traditional Keynote for the month of September, however, the leaks and rumors, far from ceasing, are only increasing. In fact, the design of what would be the new Apple Watch Pro that has been talked about so much has been leaked. Keep reading that we tell you everything in this post.

Much has been said about this new model of Apple Watch that it seems that Apple is going to present tomorrow, Wednesday, however, until now there were not many certainties about what this device was going to be like. All the rumors indicated that the Cupertino company could be reserving a unique design for this new watch model, and that is exactly what has been confirmed after the leak of the CAD images of this equipment.

In them you can see how there a fairly obvious design change, both on the screen and in the form of the device itself. The first thing that jumps out is how Apple says goodbye to the rounded edges of the Apple Watch screen, being completely flat, something that will predictably make this model be more resistant than the rest of his brothers. You can also see how both the digital crown and the start and stop button of the Apple Watch are located on a new protuberance that is born from one of the sides of the watch. But beware, this is not the only novelty, since Apple has also introduced a new button on the other side of the Apple Watch.

The functionality of this new button It is unknown so far, but it will not take long to clear up doubts since the presentation of this new Apple Watch Pro is just around the corner. What is clear is that this new design does show Apple’s goal of making this Apple Watch more resistant than the rest of the models, which could confirm the audience it would be aimed at, as has been rumored in recent times. weeks. And it is that the Cupertino company would like to launch this model so that those users who perform extreme sports have a more resistant and robust option than usual so that they can carry out these activities without any problem and, above all, without fear of damaging their Apple Watch. 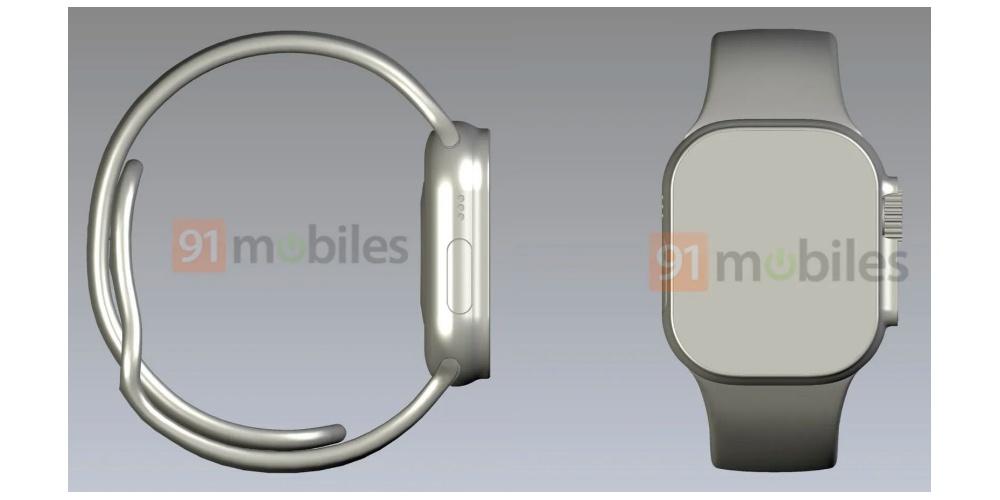 However, not everything is good news when it comes to this Apple Watch Pro, since these new and exclusive features will make the price of this device is considerably more expensive compared to the aluminum Apple Watch Series 8. Other information that has been known in recent hours indicates that this new team could start at 900 dollars, a price that could rise to 1,000 euros in Spain. This undoubtedly leaves many doubts about the possible sales that this Apple Watch model may have, especially considering that, according to what is known today, there would be very similar competing alternatives at a much lower price.