One of the problems that many users of the new iPhones are having is that the battery life does not seem to be up to the level of the previous generation, which is causing the experience to not be as good as it should be. Well, with iOS 16.2 Apple has introduced a little trick that, if you carry it out, will help you make your iPhone run longer. We tell you everything in this post.

Solution to the problems of the screen always on

With the arrival of the iPhone 14 Pro and iPhone 14 Pro Max also came one of the new features that were being long-awaited by users, the always-on screen. This function is not new to these devices, since it has been on the Apple Watch for several generations, yes, they are the first iPhones to have it.

However, not everything has been positive with the arrival of the screen always on, since as expected, this has contributed to the battery life of the new iPhones slightly less than that of its predecessors, although it would really be necessary to check until What point is it because of this or simply that iOS 16 in general consumes more than iOS 15.

Be that as it may, with iOS 16.2 Apple has introduced a solution for all those who want to enjoy the screen always on but also want to have more autonomy in their iPhone. The first option, which was already present before, is to deactivate the always-on screen and use the iPhone as it has been used up to now. The second is one of the novelties of iOS 16.2, since Apple allows through the iPhone settings to keep the information that is on the screen, but not the background and notifications, that is, you can see the date, time and different widgets when the phone is locked, but the background will be completely black and notifications will not appear on it. To do this, you just have to follow the following steps. 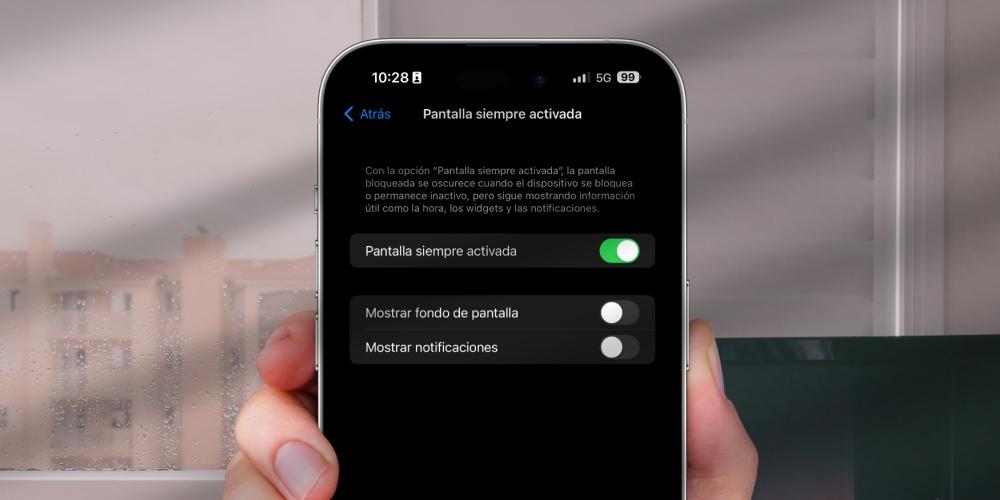 With these simple adjustments you will be able to make both the wallpaper how notifications disappear from your lock screenmaking the autonomy savings considerable, since in the end a completely black background does not consume energy in these iPhone 14 Pro and 14 Pro Max due to the fact that it is a OLED displaywhere the color black is not represented by a colored pixel, but is achieved by turning off said pixel and, therefore, if a pixel is turned off, it does not consume energy.

It is undoubtedly a very successful solutionsince until now all those who wanted to save some battery life chose to stop using the screen always on, which is a shame considering that it is one of the great novelties for everything that Apple has also incorporated into the locked screen .