There can be no doubt that the design of the iPhone is really attractive, however, as a result of the rush of change that is imposed on society and the need for users to constantly have something new, this could change with the iPhone 15 In fact, there are many rumors that point to modifications that will have a great impact on the next flagship device from Apple. Keep reading that we tell you all in this post.

One of the main ones that they have at Apple, both with the iPhone and with the rest of the devices they sell in their Apple Stores is make them as minimalist as possibleIn other words, if the equipment can be made in one piece, much better. Although this with some equipment has not quite gone well for Apple, the sample is in how the current 14 and 16-inch MacBook Pro are “less” minimalist than previous versions, it seems that with the iPhone those of Cupertino they do not give up and are convinced that the change to be prepared will be beneficial for all.

According to Blayne Curtis and Tom O’Malley, an analyst at Barclays, The next iPhone 15 could say goodbye to physical buttonsbeing replaced by tactile zonesthey would be in the same location. Without a doubt, if this ends up being a reality, it would be a really momentous change on the device, not only for design reasons, but because it would also allow Apple to make a much more watertight device and even be able to make better use of the space that these buttons occupy internally. All these rumors stem from Cirrus Logic, which is the company that provides components to Apple. However, how could it be otherwise, not all of it is good news, since once again it seems that this radical change will only come for the Pro models of the iPhone 15, although it is still too early to be able to guarantee anything.

Return to a rounded iPhone

We keep talking about possible changes in the design of the iPhone, and this one that is playing now is certainly quite striking. After the change that led to the jump to the iPhone 12, where Apple changed the rounded edges for the square frames that the 12, 13 and 14 generations have brought, it seems that The iPhone 15 could return to the beginning and change its bordersagain, to something more rounded.

The design line that Apple would follow would not be the same as that of the iPhone 11 and earlier, but would be much more similar to what they have current MacBook Pro and MacBook Airthat is to say, that they would not really be completely rounded edges as they are remembered from previous models, but rather would consist of a mix, something very similar to what the first iPhone models had. 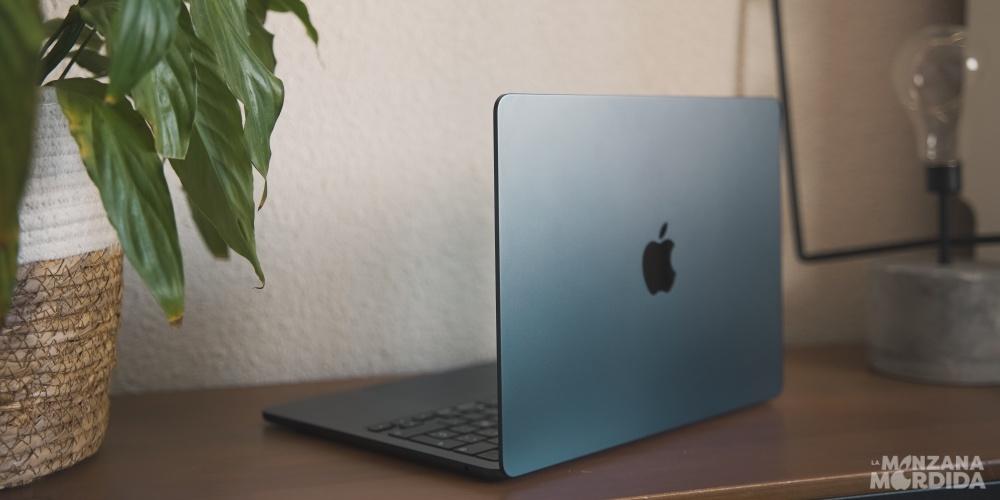 However, as we always say, These are rumors that have come out months before Apple finally launches the devicesso you always have to take them with tweezers and not take anything for granted, although as is usually said, when the river sounds, water carries, and above all the possibility of having an iPhone without physical buttons is something that has been ringing with strength for some time.