Apple has been working on its own maps application for years, trying to iron out the differences with the Google Maps application, which is the most used by all users. However, the general belief is that the Cupertino app is far behind the competition, What if I tell you that Apple Maps is better than Google Maps? We analyze them below.

The guys from Cupertino, in their map application, seek to make it a reflection of what their products are: minimalist and highly functional designs that allowed them to work and be more products. Apple maps is proof of this, whose interface is much more minimalist and simple. Apple wants you to focus on the journey and not on all the tools that google has to offer, which sometimes makes the screen shrink from all the tools. At Apple, the goal is the comfort of seeing the destination of your trip or journey.

This minimalist simplicity is also reflected in the way Google shows its routes.While, in Google Maps, the plans are flat and simple, in Apple Maps, the plans are made in 3D, especially those of the most emblematic buildings. . In this sense, Apple is doing a much more complete job than Google.

A third section where Apple with its Apple maps completely wins over Google is in the Street View option, since, in the Google application, the user has a certain feeling that the movements occur in fits and starts, while with the native application Apple has much more fluid transitions between points than Google. In addition, the quality of its textures and raps is superior to Google, where images without identity predominate, and Apple offers visibility much more in line with the site you want to see. 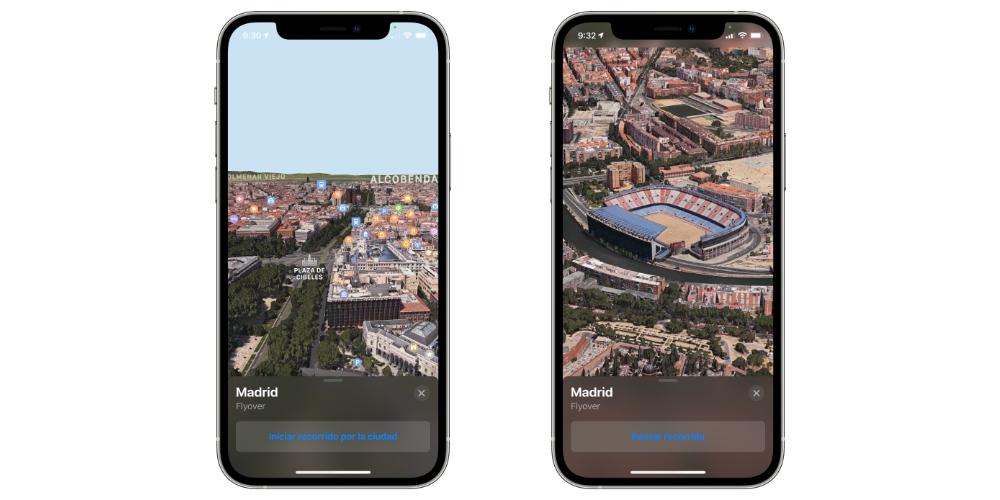 In a section where both have a high level is in the geolocation of users. It is true that the one from Google is very good, but the one from Apple is much more precise, without being able to get lost and positioning itself on which side of the pavement you are. This option is very interesting when we have to get on the subway or we have to take public transport, so we can quickly know where we are located and if it is the place where we have to choose the bus or tram.

By way of conclusion, the Google Maps application has been in development for many more years and continues to be the most used at the user level. In addition, it offers a much wider range of options than Apple maps on some occasions. However, if you use basic and classic functions, Apple has improved a lot in recent times, placing itself in a position of equal to equal and better in many aspects, as we have commented on issues of emblematic buildings in 3D.