Throughout 2022, many monitors have been presented by the main technology companies. Apple, along with the introduction of the Mac Studio, introduced the Studio Display, indicating that it was the best monitor on the market to work with the Mac or MacBook. However, in this post we are going to see one of the main alternatives for price and benefits to the Studio Display from Apple.

Samsung M8, the ideal alternative for your Mac Studio

When you see the new monitor from the Korean brand for the first time, you notice clear differences with respect to the studio display. However, it is true that at all times he is aware that both monitors have a very careful design and thinking for all users who spend many hours working in front of a monitor. Therefore, below we are going to see the characteristics of the M8 and its similarities and differences with respect to the Cupertino monitor.

If we analyze their features, Samsung’s new monitor has a 32 inch screen in four colors: white, olive green, pink, light blue. In addition, this monitor also has the possibility of being a smart tv without the need to be connected to a Mac or PC. Being a smart television, it has installed applications such as YouTube, Disney +, HBO Max, and most importantly: it is Air Play compatible.

The monitor of the Korean brand Samsung, has similarities with respect to the Apple monitor, since they have similar ports, very small frames and the possibility that both can charge and transmit the image through the same connection port. However, it is obvious that there are differences, mainly in screen resolution and quality, since the Studio Display is 27 inches at 5k, while the Samsung M8 is 32 inches at 4k as well as the building materials, where we have a team manufacturing aluminum and another made of plastic. 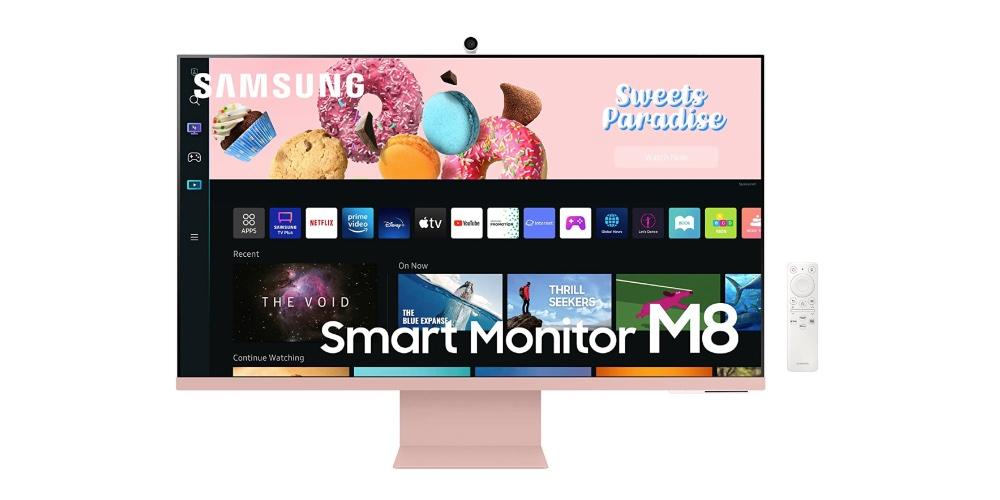 Other of its differences is the incorporation of the A13 Bionic chip, a 12-megapixel ultra-wide-angle lens with center framing function, studio-quality microphones and speakers that are compatible with Dolby Atmos, as well as the connection of 4 Thunderbolt 3 ports. It is true that the Samsung monitor is thinner, but the Studio Display has all of its components inside the Studio Display, while the M8 has external components like the camera.

Is it an alternative to the Studio Display?

Even though the Studio Display is a great device and the user experience is amazing, the price works against you, since there are currently alternatives at a much higher price economic and with very interesting benefits If you are a user that you want to follow within the Apple ecosystem For all the advantages it offers and above all, for having a greater synchronization between iPad, Mac and monitor, the Samsung M8, despite its price and its hardware and software features, is not the monitor you are looking for. 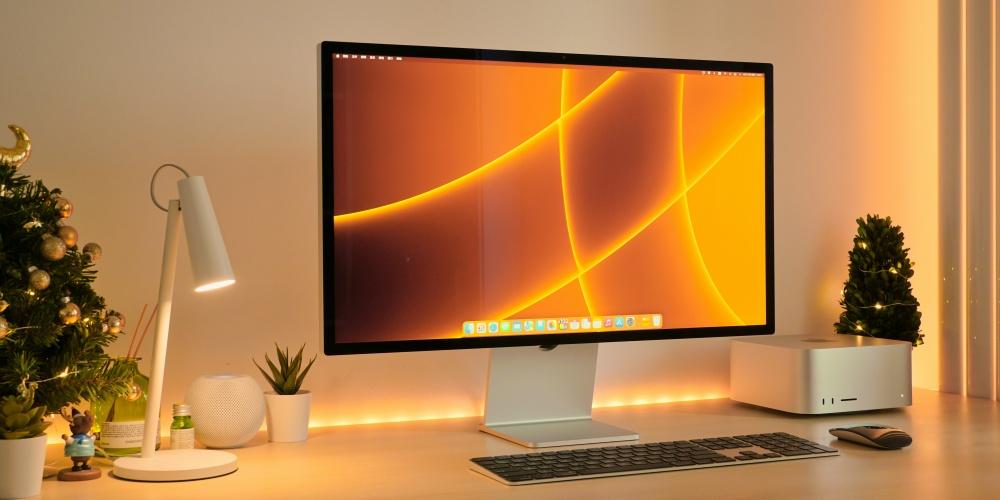 Unlike the previous paragraph, if you consider that the Samsung M8 can perfectly meet your needs in terms of image quality, construction of materials, possibilities to watch series and movies and you don’t mind having a device outside the Apple ecosystem, the korean monitor is the best alternative to the new apple device.